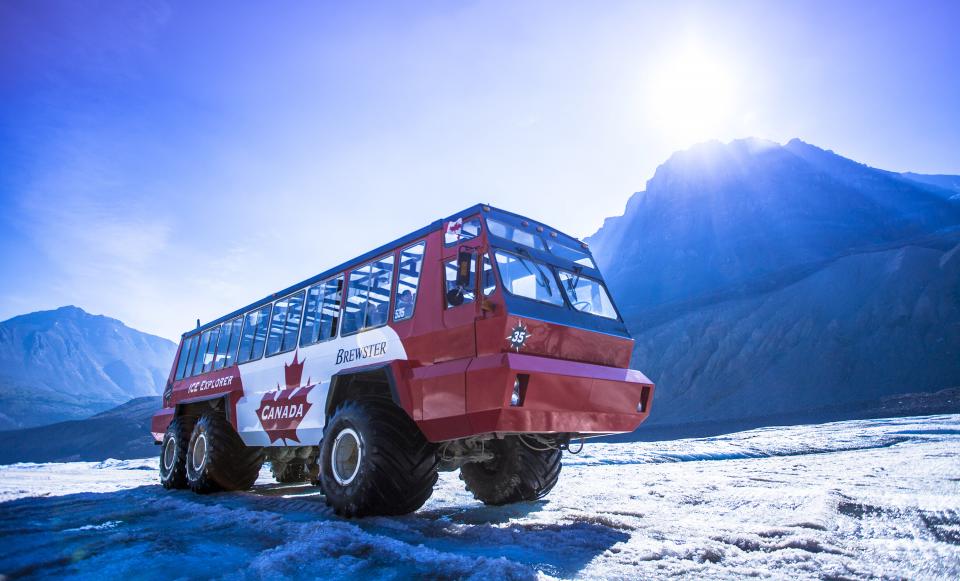 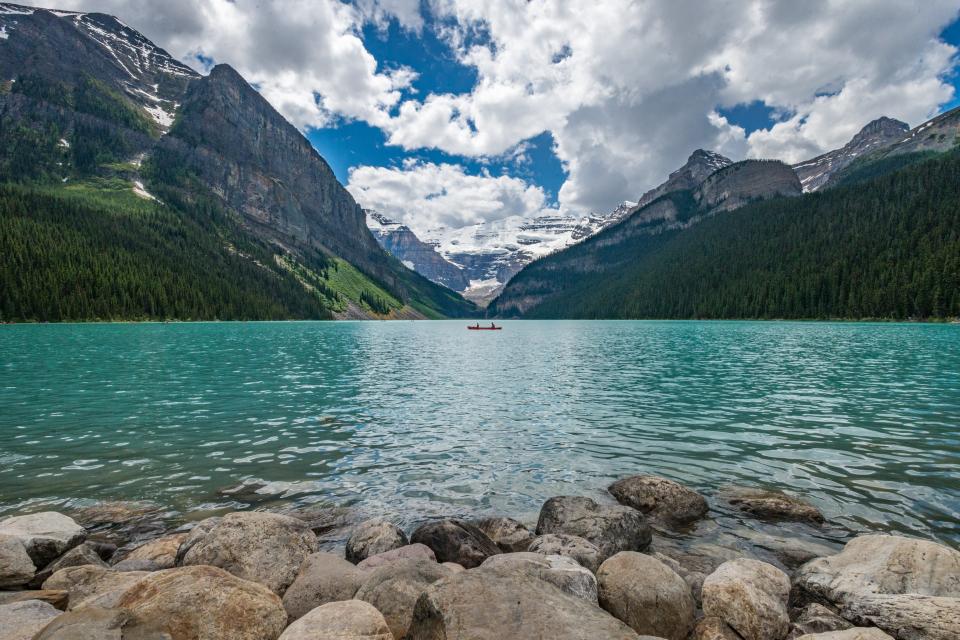 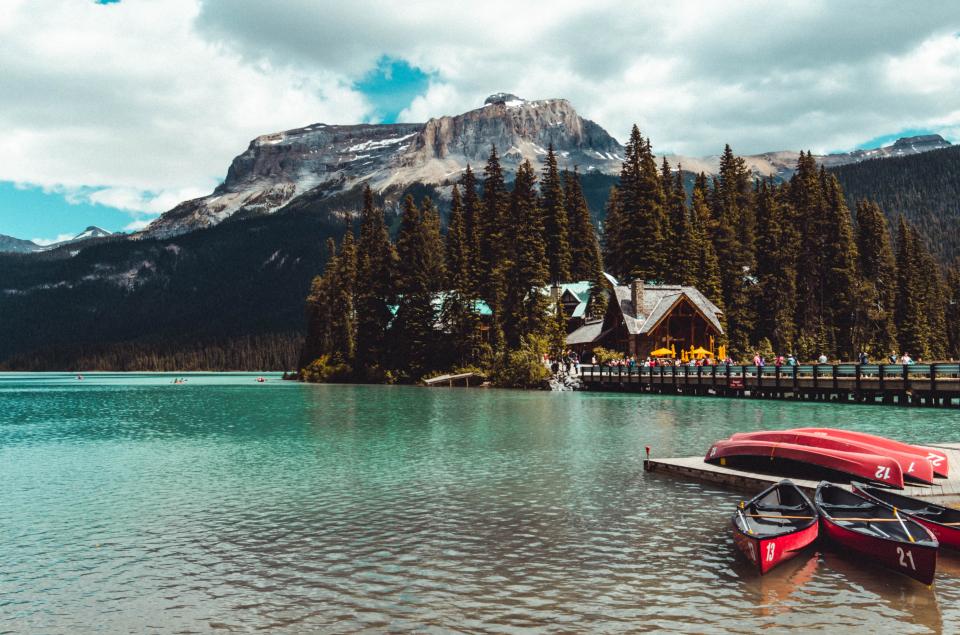 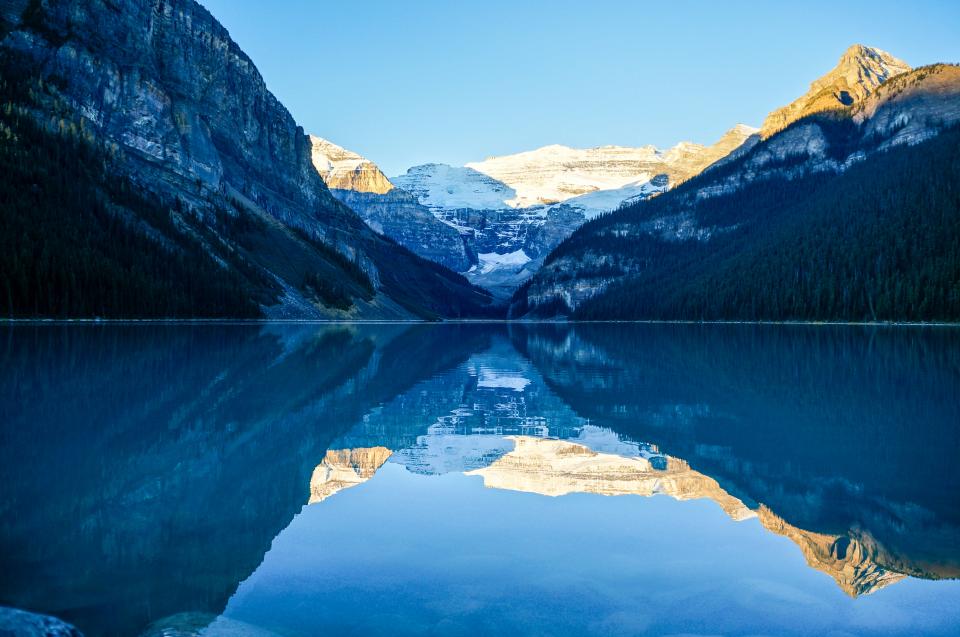 ● Stop at Lake Louise for 2 hours

Start your journey to Famous Canadian Rockies from Calgary and you will visit the Lake Louise and Yoho National Park.

Its waters are the most amazing color, a vivid shade of turquoise that changes in intensity through the summer as the glacier melt. Set in the rugged Valley of the Ten Peaks, Moraine Lake is surrounded by mountains, waterfalls, and rock piles, creating a scene so stunning it almost seems unreal. (stop for about 60 minutes)

Named for a Cree expression of awe and wonder, Yoho lies on the Western slopes of the Canadian Rocky Mountains.

It is one of the most bizarre feats of engineering to get the grade of a train line to be at or below 2.2%. The current two spiral tunnels where the railroad forms two spirals, crossing beneath itself twice, almost forming a figure eight, before continuing in the proper direction down the mountain were completed in 1909. (pass through)

Name comes from her green water color. (stop for about 20 minutes)

Sculpted by the erosive forces of rushing water over what had once been a waterfall, the Natural Bridge is a powerful reminder of how much influence water has in shaping the landscape. (stop for about 15 minutes)